END_OF_DOCUMENT_TOKEN_TO_BE_REPLACED

Founded in 1894, Spang Company is a diversified manufacturing company. Through the work of three unique product lines, the design, produce, and supply of precision soft magnetic components and materials to the electronics industry and custom engineered solutions to the power industry. With headquarters in Pittsburgh, Pennsylvania, Spang Company provides products and services on a worldwide scale, with sales offices and manufacturing plants around the globe. Their divisions include Magnetics, a leading supplier of precision soft magnetic components, Spang Engineered Solutions, which offers custom inductive components in an array of industries, and Spang Power Electronics, which designs and manufactures a full line of power control equipment for highly critical industrial processes. They currently have locations in Pennsylvania, Ohio, Arizona, California, China, and Hong Kong. The design and production engineers at Spang Company struggled with file sharing across the globe for many years. This longtime problem was recently solved by Azure Files and Enabling Technologies. “It's fulfilling and satisfying to me as a technologist,” said VP Brian Buddemeyer, “and as the person responsible for giving these folks the tools they need to do their jobs, that they now, after all this time, feel that they're being served appropriately and that the technology is just there.”

As the IT VP of the global manufacturing firm, Buddemeyer had for years been trying to deliver fast, reliable, file sync between Spang’s US and Chinese operations.

“As we became more global with manufacturing in China and design and engineering at headquarters, that created some issues deciding wherein a wide area network we should locate folders and data that folks need to do their jobs for optimum performance.”

The team tried several other options before Azure Files , but with dis satisfact ory results:

It’s no wonder Buddemeyer was excited about Azure Files, the cloud service that provides fully managed file shares using the industry-standard Server Message Block (SMB) and Network File System (NFS) protocols.  “ I was v ery ha ppy to see that Microsoft came out with Azure F iles . It look ed to do the simple - sounding thing of mak ing these traditional SMB resources available with performance across our environment ,” said Buddemeyer.

Security Not a Concern

Spang’s experience with using other Microsoft cloud technologies gave them the comfort to mov e their proprietary engineering drawings into Azure.

“There really weren’t organizational concerns,” Brian stated. “We've been in the Microsoft 365 environment for a number of years, so we were passed a lot of the general initial worries about moving things into a public cloud environment.”

The familiarity of Azure Files was helpful , too. “ W e could speak about this environment in terms that everyone already understands ,” he explained . “ I t's the same user access and permissions rights that everyone is used t o . O ur Azure F ile s are not exposed to the Internet . I t's accessed over a VPN , which is how we've linked our sites for as long as I've been around .”

The user experience is exactly as it had been, only faster. “ Azure Files h as been preserving everything about old traditional SMB resources that our users like ,” explained Buddemeyer. “W e can still go through File Explorer and navigate our folder structure , we do not lose losing permissions , were not losing security .”

Unlike with major user changes like Teams, “T his was a process and a migration that really didn't require a whole lot of coordination or disruption ,” Brian said. “T he vast majority of the user base probably still doesn't know anything has changed , but the users who are pass ing files back and forth between the US and Asia ha ve said the experience is now what it always should have bee n .”

Velocity in the cloud is often an overused term, but for Spang, it’s a reality. “T he overall business improvements have been that we've sped up some critical processes . T he folks in China who are building some of our larger , more complicated systems are able to get work done faster . T hey're able to get feedback on questions they have or design changes or divergences they've had to make from their prints faster . T hey don't have to wait overnight or go get coffee , or work on something else while a couple 100 megs of pictures upload . T hey can just do their work and get on with whatever is next without having to wait for the network . T hat's been the biggest benefit .”

Improved Productivity For IT

Buddemeyer’s team was randomly interrupted by issues with the prior technologies being used . “When we’d reactively get a complaint that performance was poor or that optimization wasn't working , it was just really , really , disruptive . W ith our limited resources , it impacted our ability to do things that would move the organization forward .” After some initial growing pains getting to know how Azure Files operates, Brian shared,

“W e're back to a fairly set it and forget it SMB traditional file share service , and that's a nice place to be ! ”

The Only Surprise Was a Pleasant One

Buddemeyer advises working with an expert to conduct a proof of concept . “We had a little bit of Azure knowledge in-house , but Azure F iles was a service we haven't touched . W e didn't have a lot of experience with the networking aspects, so to implement this solution globally , we brought E nabling to do a proof of concept . ”

Enabling helped Spang make important decisions about what would work best in the environment. “The folks we were working with at Enabling were clearly experienced in Azure and file shares and had done this before,” said Buddemeyer.

“T he only surprise was that the actual backend architecture that we had in mind was not the way we wound up going once we tried a couple of things out in the field ,” Brian explained. “ I thought we would actually be replicating our master data across a couple of Azure data centers to get the performance we needed in both the US and Asia . But we found that building a VPN tunnel from our Asian facilities to Azure really was enough to overcome any issues we had with access speed . That was a much simple r and more cost - effective way to meet our performance needs . ”

“I've really enjoyed working with Enabling Technologies. The engineers on this project and a couple of other projects we've done ” stated Buddemeyer. “They have all been top-notch. The design, the management, the flow of the project is as good as anyone I've ever worked with. I'm just getting to a point where I'm more and more trust E nabling an d plan to look to them first as I have new complicated initiatives on the horizon .” 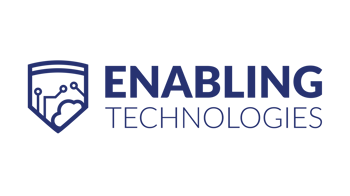